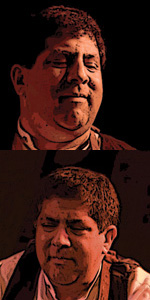 Multi-instrumentalist Al Cofrin performs on Irish cittern, folk guitar, and medieval bagpipes. He is a Riverrun Records recording artist, and is also the director of nationally known Istanpitta Early Music Ensemble. Al’s musical background comes from extensive performance in the folk and classical arena and from his academic music background from University of Texas in Jazz Theory and Rice University Shepherd School of Music. His performance in the folk Celtic genre brings a high energy drive to the stage which has become a perfect match for Clandestine’s unique sound. 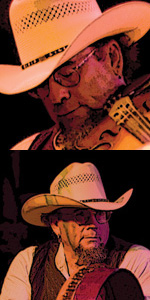 Gregory has been playing the fiddle for longer than he will admit. His passionate playing ranges from tenderly lyrical to fiery and breathtakingly original. The challenge of playing with the Highland pipes and crossing the bridge of traditional and original songs has been a very rewarding experience for both Gregory and the audience. 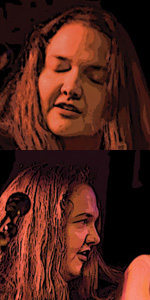 Emily Dugas is continuing in the wonderland of music with her incredible talents in both singing and drumming. It’s a fusion of Celtic tunes and songs that’ll get your brains working and your feet tapping. Between the drumming and the singing and the humor, there’ll be little time to catch your breath. 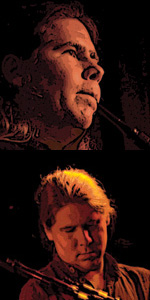 EJ Jones had the dream of playing bagpipes in a folk band as a teenager, when he was competing with the Hamilton Pipe Band in Houston in the early ’90s and learning the formal music with which he still studies. In 2000 he was ranked in the Professional category of the Eastern United States Pipe Band Association and in 2006 he placed first in the Houston Highland Games Professional Piobaireachd event. EJ began making Scottish smallpipes in 2003 and played his own instruments on Ed Miller’s 2006 release Never Frae My Mind and Robert Earl Keen’s What I Really Mean. EJ released a solo album The Willow in 2002 and was a guest piper for the band Seven Nations briefly in 2005. EJ also performs Medieval and Renaissance music on historically inspired bagpipes with the groups Brizeus and Istanpitta.